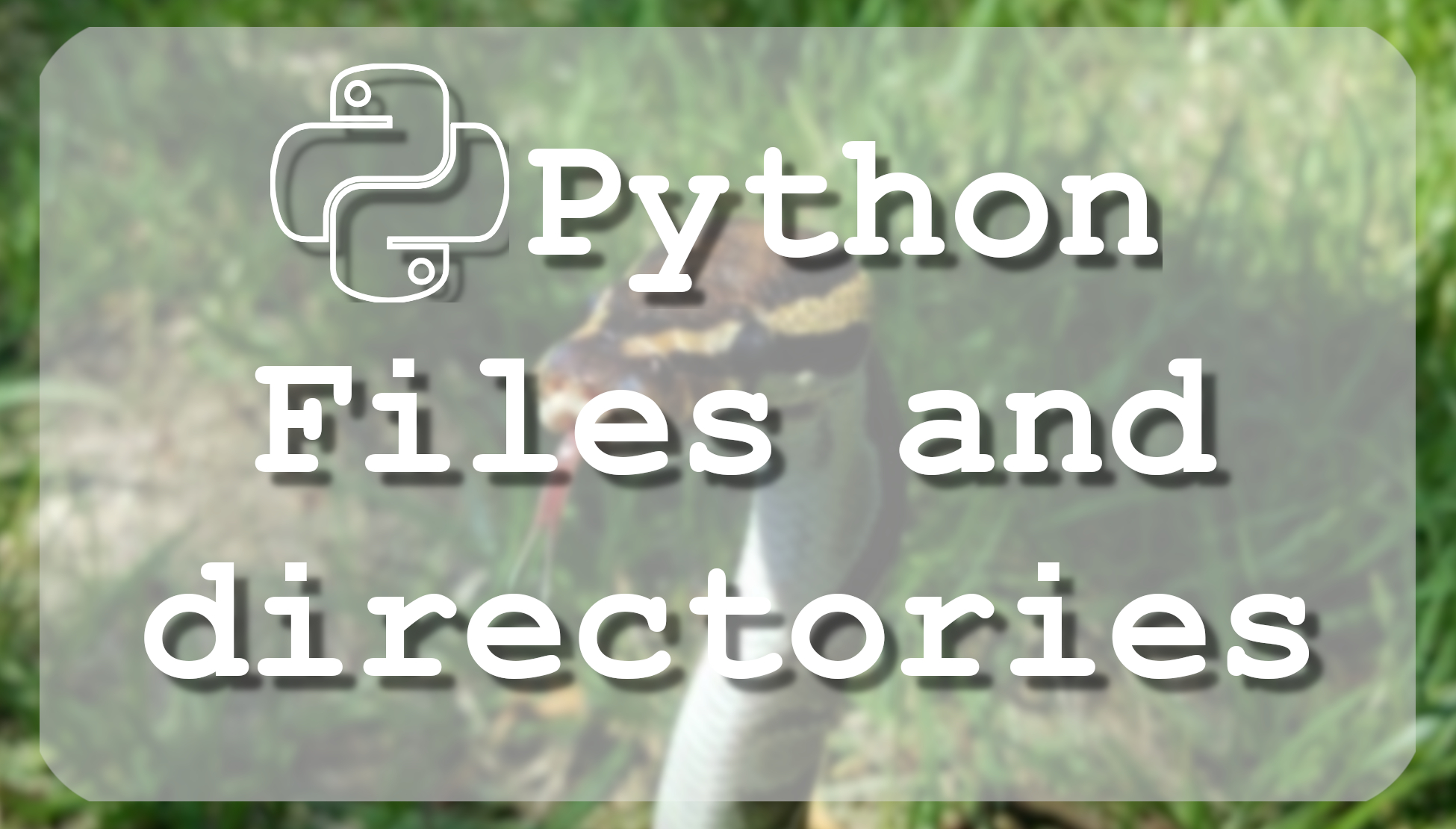 In this tutorial we are going to cover the very basics of classes in Python. We will learn to understand, read and write basic classes.

There are many sources, which provide a wide range of utility methods to handle and manipulate files and directories with Python on Windows, Linux, and other operating systems, but in this tutorial, we will cover only the most often used methods.

All files are contained within various directories and Python has no problems handling them. The os module has several methods that help you perform file-processing operations, such as create, remove, rename or change directories. We will cover mentioned methods here, but keep in mind, that all further methods require importing os build-in module.

rename() syntax would be:

Following is the example to rename in local directory existing Python.py file:

We use the remove() method to delete files by supplying the name of the file to be deleted as the argument. Example:

The same os module has several methods that help you work with directories:

We can use the mkdir() method of the os module to create directories in the current directory. We need to give an argument to this method which contains the name of the directory to be created.
And here is a simple example:

The getcwd() method will display the current working directory.
Example:

The rmdir() method deletes the directory, which is passed as an argument in the method. It is required to give a fully qualified name of the directory, otherwise, it would search for that directory in the current directory.
Example:

In this tutorial, we covered the basics of how to work with files and directories. This was the last basic tutorial.