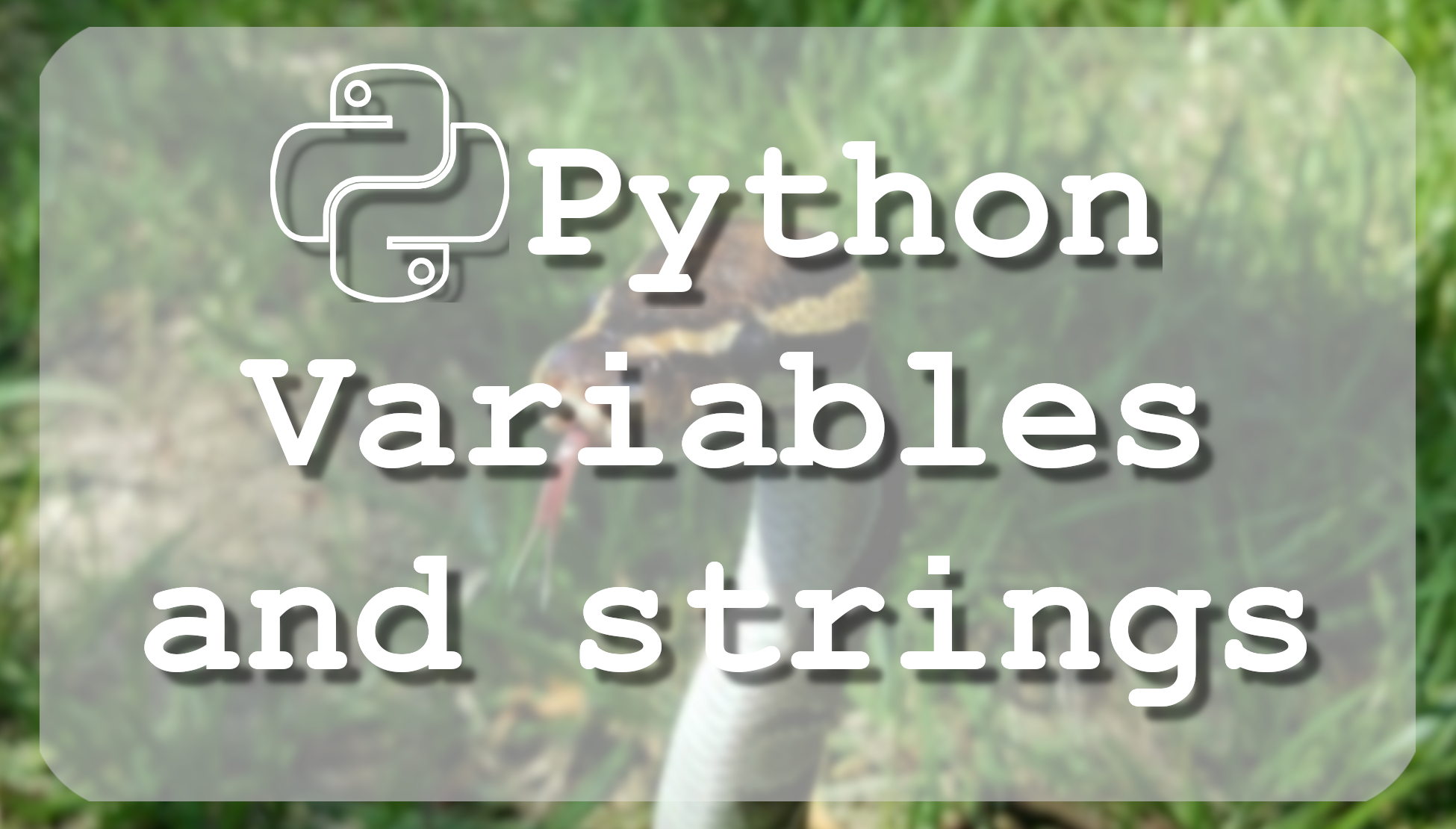 This tutorial is about python variables and strings. Short introduction with numbers, strings, lists, tuples and dictionaries.

In every Python program, you write, you will have variables, which are memory locations to store values. This means that when you create a variable you reserve some space in memory.

Based on the data type of a variable, the interpreter allocates memory and decides what can be stored in the reserved memory. Therefore, by assigning different data types to variables, you can store integers, decimals, or characters.

Here, an integer object is created with the value 7, and all three variables are assigned to the same memory location. By the way, you can also assign multiple objects to multiple variables. Example:

Number data types store numeric values. Number objects are created when you assign a value to them, as we already mentioned. But we didn't mention that Python supports four different numerical types:

More difficult is with a complex number which consists of an ordered pair of real floating-point numbers denoted by x+yj, where x and y are the real numbers and j is the imaginary unit. But we almost never use Complex numbers.

Strings in Python are identified as a contiguous set of characters represented in the quotation marks. In the previous tutorial, we mentioned that Python allows pairs of single or double-quotes. The subsets of strings can be taken using the slice operator ([ ] and [:]) with indexes starting at 0 at the beginning of the string and working their way from -1 at the end. Example:

The plus (+) sign is the string concatenation operator and the asterisk (*) is the repetition operator.

Now we covered the basics of variables and strings. There is more to learn about variables, for example, we can use them locally or globally, but this will be covered in a future tutorial.