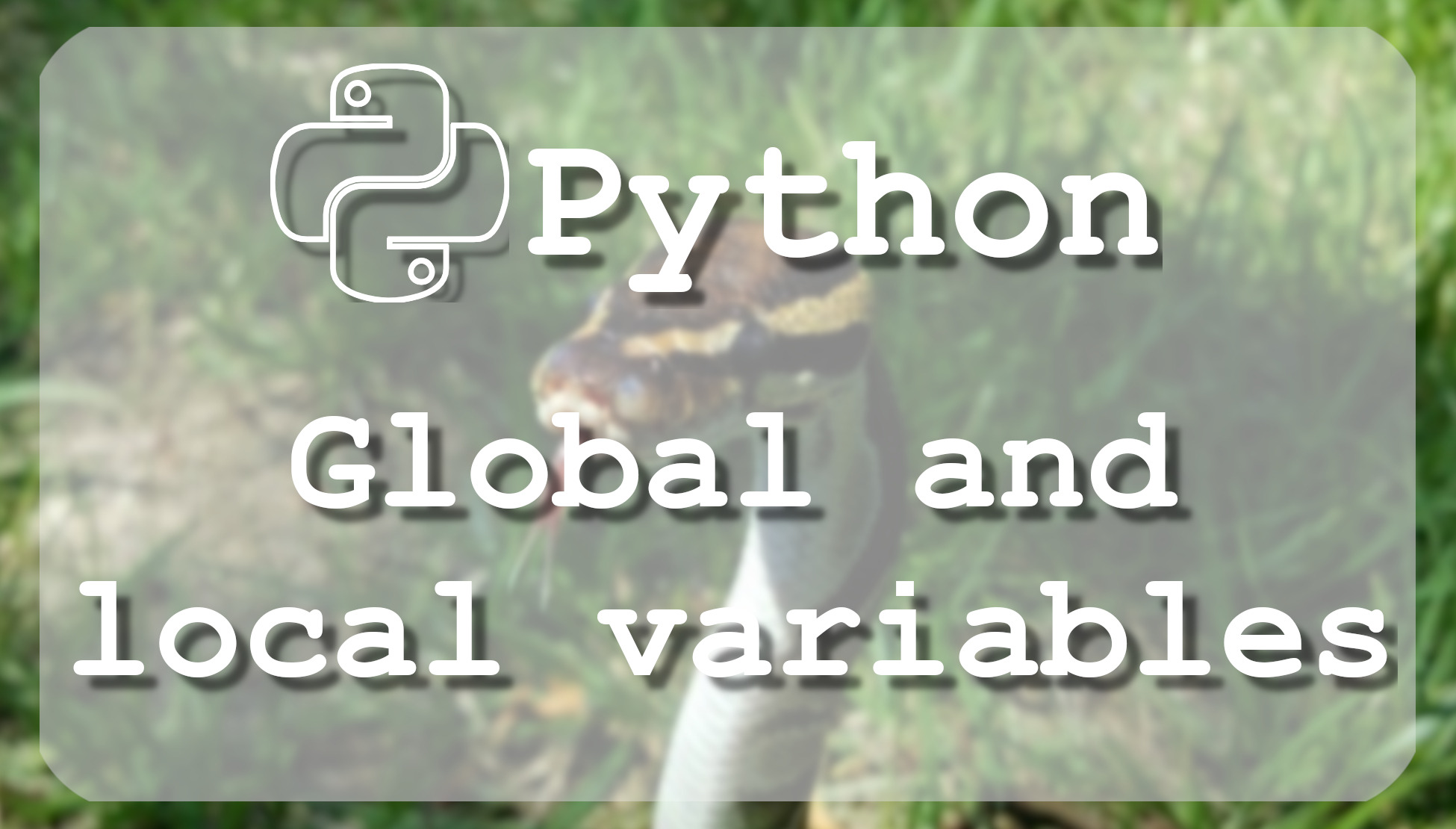 This tutorial is about Python functions, you will learn about keyword, default, variable-length argument and anonymous functions

We already had a short review about variables, but this was more about the basics and overall types of variables. In this tutorial, we'll cover global and local variables.

All variables in a program may not be accessible at all locations in that program. This depends on where you have declared a variable.

The scope of a variable determines the portion of the program where you can access a particular identifier. There are two basic scopes of variables in Python:

Variables that are defined inside a function body have a local scope, and those defined outside have a global scope.

When the above code is executed, it produces the following two results with global and local variables:

Here is an example when you declare a variable globally and you print it locally:

Here is the same example, but if we will try to modify x in our function, we will receive an error:

So there is a way how we can edit global variables locally. We need to use globally in function, example:

In this tutorial, we covered global and local variables and the basics of how to use them. It was simpler than you thought, wasn't it?