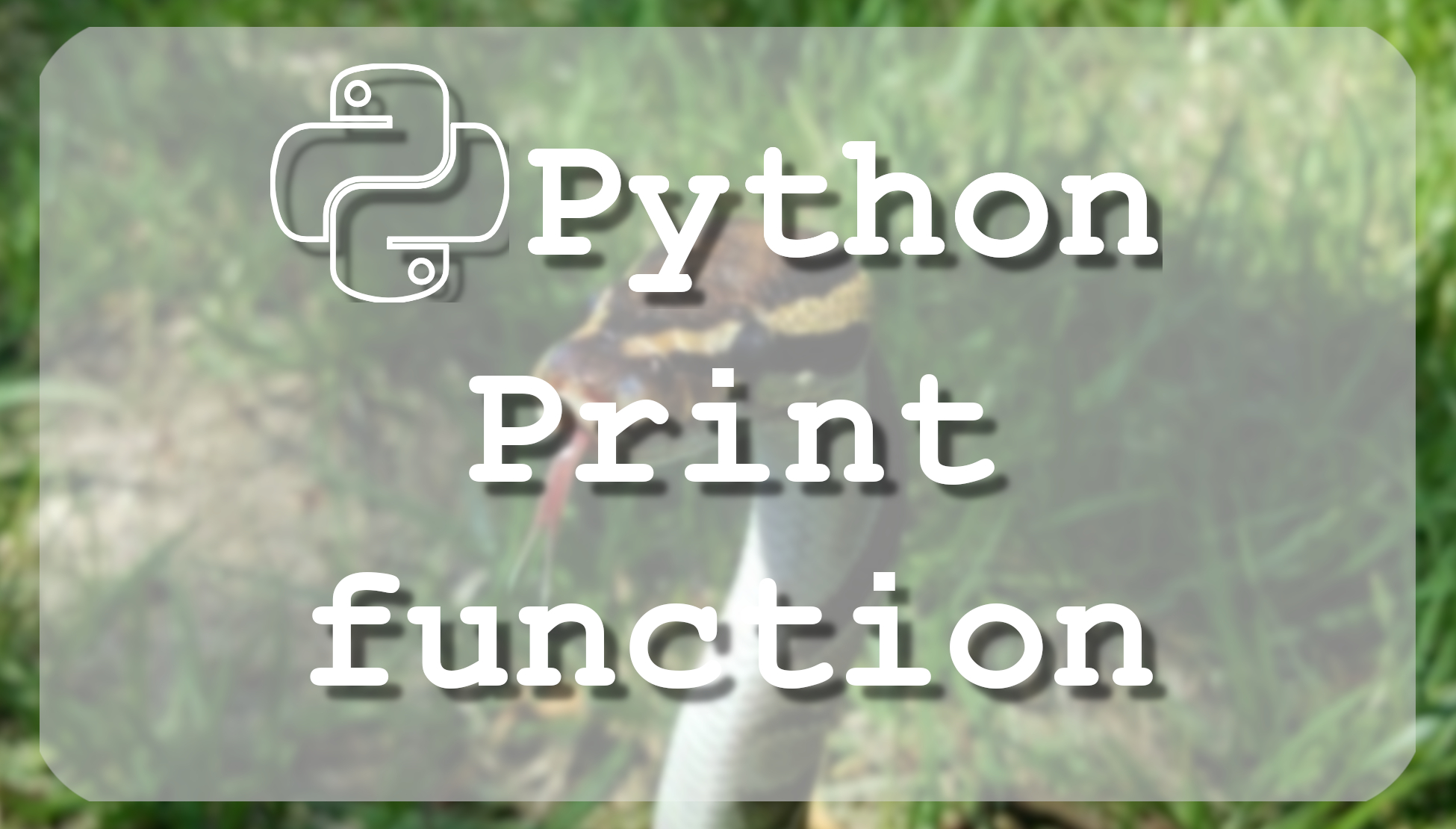 This tutorial is for beginners to learn using Python print statement, a great tool to find, remove and fix errors made within code.

There are hardly any computer programs and of course, hardly any Python programs, which don't communicate with the outside world. On a computer, all programs have to deliver its result in some way. One form of output goes to the standard output by using the print statement in Python. The print function in Python is a function that outputs to your console window whatever you want to print out. It is actually one of the most widely used functions in all of Python, the same as in other languages. The main reason to use is that it is a great debugging tool. In other words, talking is a great tool to find, remove and fix errors made within code.

Example of how the Print() function works:

Example how to use Print() with separator and end parameters:

The result will be:

Keep in mind that you used "\n\n" - this means you got one additional blank line.

More about print with single and double quotes:

Sometimes we want to write for example word "can't", but we can't do it like this:

In this case, we need to use double quotes for the main string:

Or we can use the "\" backslash, which is known as an "escape" character:

The result will be:

Example how to use Print() with file parameters:

This part of the code will try to open the python.txt file in writing mode. If this file doesn't exist, it will be created and opened in writing mode.
Here, we have passed the source file object to the 'file' parameter. String: 'We are printing something to txt file' should now be printed to python.txt file. After that, the file is closed using the close() method. (Check it in your system if you tried this tutorial on your own).

Now we covered the basics of strings for now. There is much more about strings, but it's enough for basics to move forward.